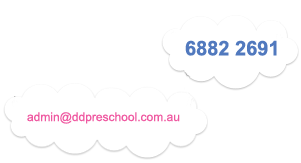 Dubbo and District Preschool was awarded a finalist in the Community Service Category at the Dubbo Chamber of Commerce Rhino Awards Cocktail Night 2012.

National Excellence in Teaching Award 2006 "For outstanding initiative and participation in strengthening relations with the local community, for purposes that go beyond the curriculum".

In 2009 we were chosen as a pilot centre for the two year project “Kids Matter- Early Childhood”. KMEC is an early childhood mental health promotion, prevention and early intervention initiative with funding from the Australian Government.

It was a great honour to be involved as one of only 110 centres across Australia. Through the training provided by the NSW Kids Matter facilitator the staff have gained a greater understanding of children’s social/ emotional development and its impact on children’s mental health. The program focusses on preventative and early intervention strategies specifically developed for early childhood services.

We have some great articles and information that we can share with parents from the Kids Matter publications and have a wealth of knowledge and interest in children’s social/ emotional wellbeing within our staff team.

$27 per day per child
Lower Fees exist for Equity Children are available, please enquire as to your eligibilty